Bargaining 101: Move Forward, Not Back 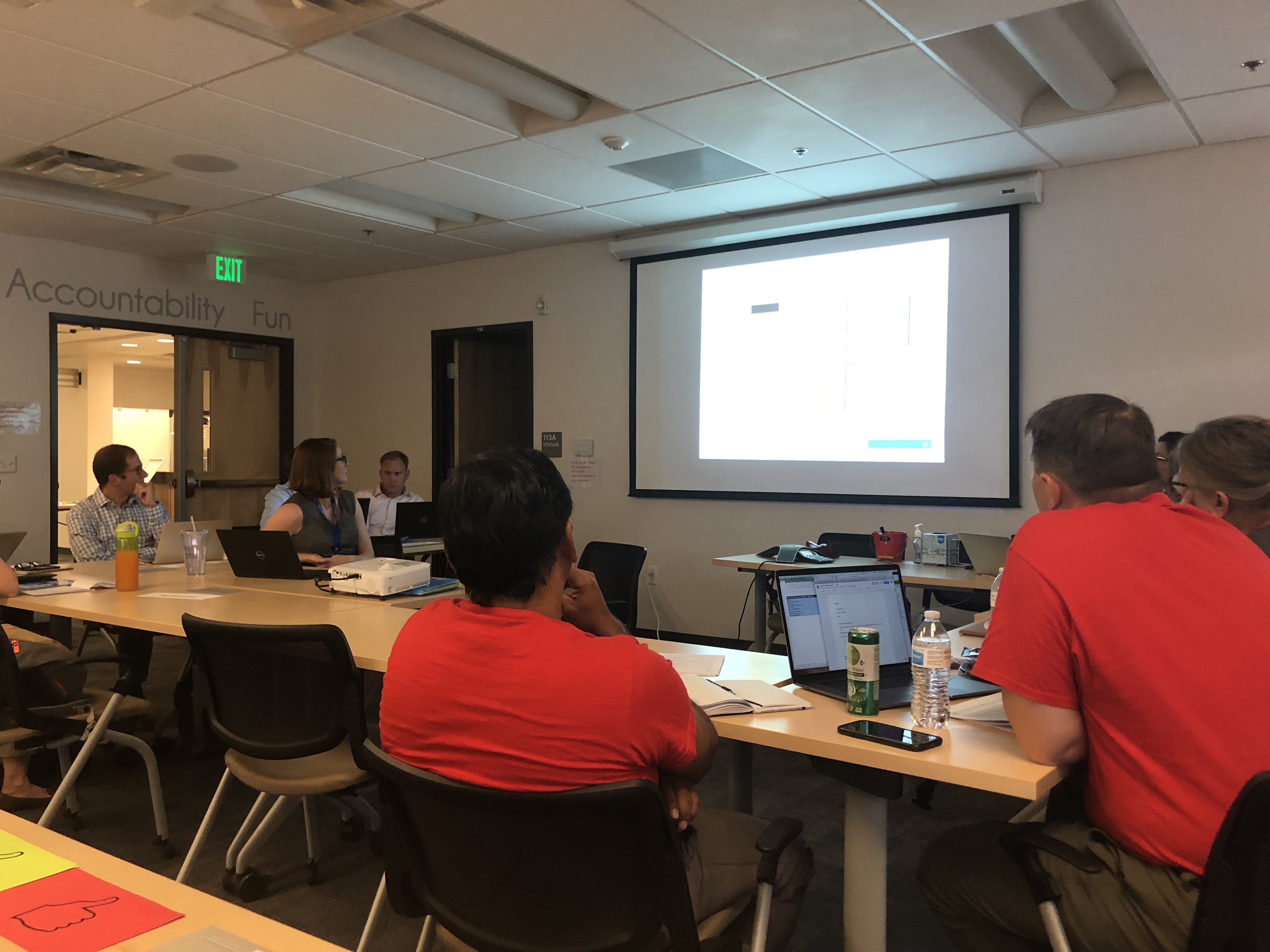 Above: Members of the DCTA Bargaining Team review the first new proposal Denver Public Schools has delivered since November

Representatives of Denver Public Schools came to the bargaining table Thursday night with a new proposal for Denver teachers to consider. The proposal, which teachers had hoped would begin to bridge the gap between the District?s first proposal and the latest proposal by DCTA, did exactly the opposite.

A packed crowd of educators in the room let the district know immediately how it felt.

?One of our priorities was to increase base, but instead you?re increasing incentives,? said DCTA Executive Director Pam Shamburg.

In a presentation that lasted longer than one hour, DPS attorney Michelle Berge insisted on re-hashing parts of the proposal everyone in the room had already heard when it was originally presented in March ? despite numerous audience calls to move to the new provisions of the proposal.

?If some of this is repetitive for you all I apologize,? Berge said while clearly intending to continue. Finally, when it became clear the crowd was not going to sit silently through the repeat performance, the DPS team relented and moved on to the disappointing changes from their first proposal.

The most bizarre segment of the presentation happened at the end, when the District decided to lower the last DCTA proposal without the permission of the Association, and then attempted to proceed by comparing the District?s proposal to this hypothetical proposal that DCTA never proposed. Rob Gould, the spokesperson for the DCTA bargaining warned the District not to put out false information by displaying their presentation with this arbitrarily lowered proposal on the DPS website or in a communication to teachers. The District did not agree not to do thisrefused to honor this demand

Following a lengthy caucus, a counter proposal from DCTA that worked to allocate more dollars to base pay was roundly criticized by the district as unworkable.

While the DCTA Bargaining Team is glad that the District decided to bring its second proposal since November of last year, they and many in attendance were not happy with the bad faith bargaining tactics used by the District. To spend two hours presenting a regressive proposal and then comparing that proposal to a proposal that was arbitrarily lowered was unacceptable. DCTA has asked the District to meet on July 18 in another public bargaining session. The District has yet to respond.