Bargaining Update: A week that began with hope ended in a walk out 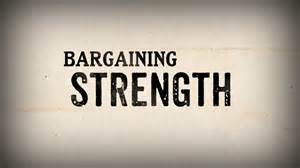 DCTA: District does not value teacher voice or fully commit to the quality education of every Denver student

DCTA entered the week with high hopes on Monday as Association and District representatives began a marathon four-day stretch of Bargaining Sessions to finalize an agreement on a Master Contract. Unfortunately, as the sessions continued it became increasingly apparent that DPS representatives present at the meetings were unable to provide concrete solutions or make decisions surrounding concerns over LEAP, workload, maternity leave, teacher salaries or classroom materials.

In complete disregard of DCTA?s demonstrated full commitment to the bargaining process, DPS continued to obfuscate, delay and downright ignore the Association?s good-faith efforts at coming to agreement on key provisions of the contract.

?It?s been at least 23 years since our relationship has been in such peril,? DCTA bargaining team member Rob Gould said at the close of Thursday?s session. ?We have three weeks till our contract expires and we?ve been very concerned about your inability to bargain.?

Nevertheless, DCTA remains committed to the bargaining process, recommending additional days for sessions leading up to the Aug. 31 expiration of the current contract and expressing hope that the district will re-engage in negotiations next week.

A few things we learned this week:

Frustrated with the lack of engagement from the district, DCTA opted to end Thursday?s session nearly two hours early ? with the hope that District representatives will spend the weekend actually reviewing proposals and return to the table with concrete solutions.

?This is not bargaining,? DCTA Executive Director Pam Shamburg said at the close of Thursday?s session. ?It works when you examine your proposal and our proposal and find somewhere to land in the middle. That?s how you bargain. That?s how this works for students.?

Bargaining continues on Monday, Aug. 14 with a session from 12:30 to 4:30 p.m. at McKinley-Thatcher Elementary School. It is critical that DCTA members and community supporters attend this session to show the district we are committed to quality education in Denver.