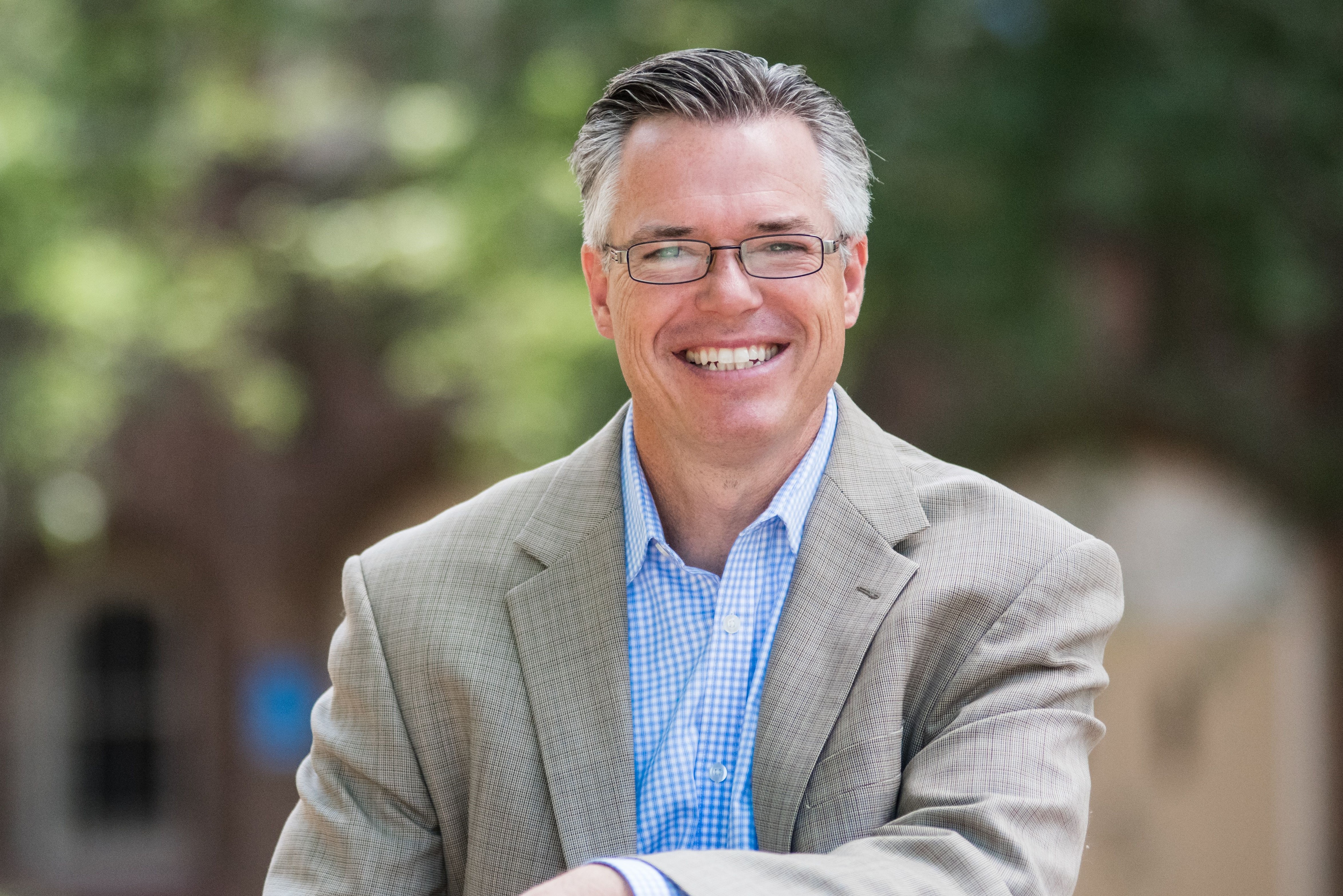 Photo above: Denver businessman and school board candidate Robert Speth

Although he was born and raised in Madison, Wisconsin, Robert Speth nearly qualifies for ?native? Coloradan status. A Denver resident for nearly two decades now, Speth moved here with his wife, Kristen, in 1999. The couple bought and renovated a 1906 Denver Square in Northwest Denver where they are currently raising two children, Jacqueline and Russell ? who both attend local DPS schools (Lake and Valdez). Robert learned the value of education and specifically skilled trade education through his mother, who worked her entire career as an administrative assistant at the Madison Area Technical College Trades Apprenticeship School. Robert attended public school for his entire educational career, including receiving his Master?s degree in engineering from the University of Wisconsin ? Madison. Robert volunteers at Escuela Valdez where he helps with enrichment programs, including Karate and Science. He is widely known by students and parents as ?The Science Guy!?

A former telcom national account manager who now owns a small construction company, Robert has a long history of supporting DPS, including spearheading the effort to secure funds to renovate Valdez school and bring it up to modern standards. Through his involvement in various DPS projects, Robert has had the chance to meet many parents, teachers, and community members from all areas of the city. He?s hoping to take this experience further as an At Large Director on the DPS Board of Directors.

Robert told DCTA why he?s running and how he?ll use his experience to help DPS students and families:

As a Denver businessman, why is education such an important issue?
Fundamentally, without well-educated citizens, nothing works. Period. Modern businesses rely on a well-educated workforce and Colorado has one of the most educated workforces in the United States. You?re really beginning to see the benefit of that now. Interestingly, much of this workforce, such as myself, is imported from other states or nations. The graduation rate at DPS is in the bottom 10 percent of major metros in the United States. We can and must do better! The economic forecast for Colorado over the next 20-50 years is bright, but most of those jobs will require a high school diploma, and many of the very best jobs will require a college degree.

Why are you running for the school board?
As many people know, I ran for the At Large board seat two years ago and lost by 0.82 percent. My reasons for running now are the same, if not more amplified. On what I would call the major KPIs (or Key Performance Indicators,) DPS is struggling. And the reality is most of these KPIs have not moved in 12 years or more. Graduation rates and achievement gap performance remain in the bottom 10 percent of major metros. The teacher turnover rate is at the highest level in the metro area. Reading proficiency rates are extremely low and have not improved. The superintendent and the board, for the past 12 years, have been focused on outsourcing education to private operators as a path to improvement. We are now 12 years into this privatization experiment and it?s clear that it is not working. It is time we get back to focusing on the fundamentals like getting School of Education-educated teachers into our classrooms. We must work to reduce student-to-teacher ratios and get more resources into the classrooms. Teachers know how to get the job done. This is their profession; we just need to support them. But I have realized over the years, that until the board is transformed, DPS will continue to march down the path of privatization, even in the face of overwhelming observable evidence that it is not working. That is why I?m running. To get the board headed in a direction that will let our teachers help our students succeed.

What lessons from your business experience will you take to the board?
One of the hardest things for a business to do is to admit that a product or strategy is not succeeding. Blood, sweat, tears and a lot of money has typically been invested in any product or strategy after a decade, and to change direction or abandon something altogether after that much investment is extremely difficult. Currently, I see DPS always focusing on growth. As a retired teacher friend of mine likes to say, ?I don?t give a darn about growth, show me how these children are really doing!? And when we look at how our students are actually performing, on average, across the city, we are not seeing improvement. And that is a hard pill to swallow. These children of ours deserve better, and it?s our job to make that happen.

What do you see as the biggest issues facing the district?
The penchant for closing schools to make way for privatized operators. This approach is triggering a tsunami of other negative consequences, including:

As a father and a business owner, how do you think you might approach district problems differently?
First and foremost, I have a Master?s Degree in engineering, which defines my worldview. Above all else, engineers love to solve problems (much to the chagrin of my wife!) And to solve problems, you need solid data. The district relies heavily on the School Performance Frameworks (SPF) which is based on data (test scores), but it takes that raw data and weights it with many factors, compares schools with other schools in its cohort (which changes almost every year) and adds in many other factors (which are often subjective) to arrive ultimately at a simple color code that is supposed to completely sum up a school.

It is safe to say I am not a fan of the SPF system.

Case in point, when we started our children at Escuela Valdez, it was a ?red? school, but we did not let that deter us. Valdez is now up for a Blue Ribbon national award. When we started at Lake Middle school, the school was also ?red? but we did not let that deter us. We met with the principal, the teachers and spoke with other parents about the program and the school. As a note, Lake was then attended by 96 percent children of color and had about 95 percent free-and-reduced lunch students. But in the end, after doing our homework, we knew the SPF color coding was not fairly measuring the quality of Lake Middle School, so we went. My daughter is now in her 2nd year and is thriving. The school is now ?yellow? and funny enough, is being operated the same way and is delivering the same programming as it was when we started.

The point here is that the SPF has been morphed into a negative marketing scare tactic, especially when coupled with the district?s now ironclad rule (supported by the 7-0 board) that if a school is ?red? for two years, it is to be closed. Schools like Lake, Gilpin, Greenlee and many others should not be targeted for closure, they should be supported. We need to start helping schools and stop closing them.