Make Some Noise! Big turnouts are having a big impact on DCTA/DPS negotiations 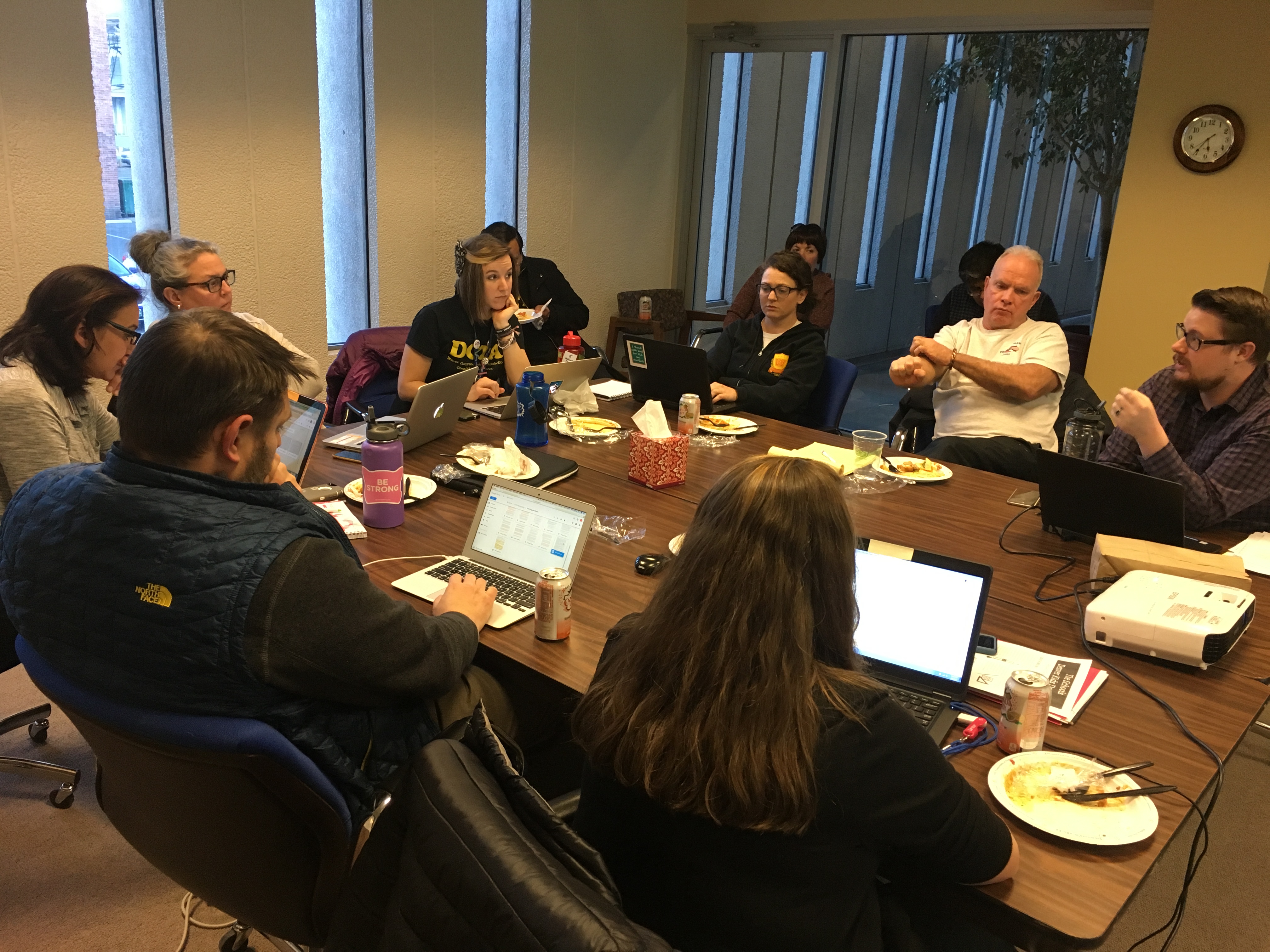 Rob Gould is in his 20th year of teaching and in his second decade of serving as a conduit to district officials as a member of the DCTA Bargaining Team. In all those years of negotiations, he has never before witnessed the high level of teacher participation that has been occurring at recent bargaining sessions. And, he said, it?s making a huge difference.

The most recent bargaining sessions have seen an average of 100 teachers and other DCTA supporters in the audience at every session. Because of this participation and show of support on specific issues, the district?s level of engagement has also increased, Rob said.

?Because teachers have been there and been engaged in the process, the district has gone from ?no? to ?we?re gonna take this back and come back with something to address your concerns,?? he said. ?I feel like we?ve made more movement in the last two months than we?ve made in the last five years.?

Rob?s colleagues on the Bargaining Team share his enthusiasm and agree that teacher participation has been having a substantial impact.

?Overall from the experience in years past compared to now I see the district being much more in tune to what we?re saying,? said Lynn Valencia-Hernandez of Thomas Jefferson High School. ?

In addition, the teacher participation and its effect on the district?s responsiveness is creating a ripple effect among teachers and encouraging even more engagement.

?I have found that at my school people are talking about it,? said Charlie Gaare of East High School. ?People are engaged in the bargaining process. They are more aware of what is in the contract. I think it?s really putting the power back in our member?s hands.?

The overall impact, said Marita Whalen of West Leadership Academy, has been to re-energize the negotiations.

?The presence of members in the room and their participation can?t be understated,? she said. ?The emotion that they bring to the room is palpable. When frustration increases you can feel it in the room. We?re responding to it and the district is responding to it. It?s bringing life to the process.?