What REALLY Happened at Bargaining Yesterday 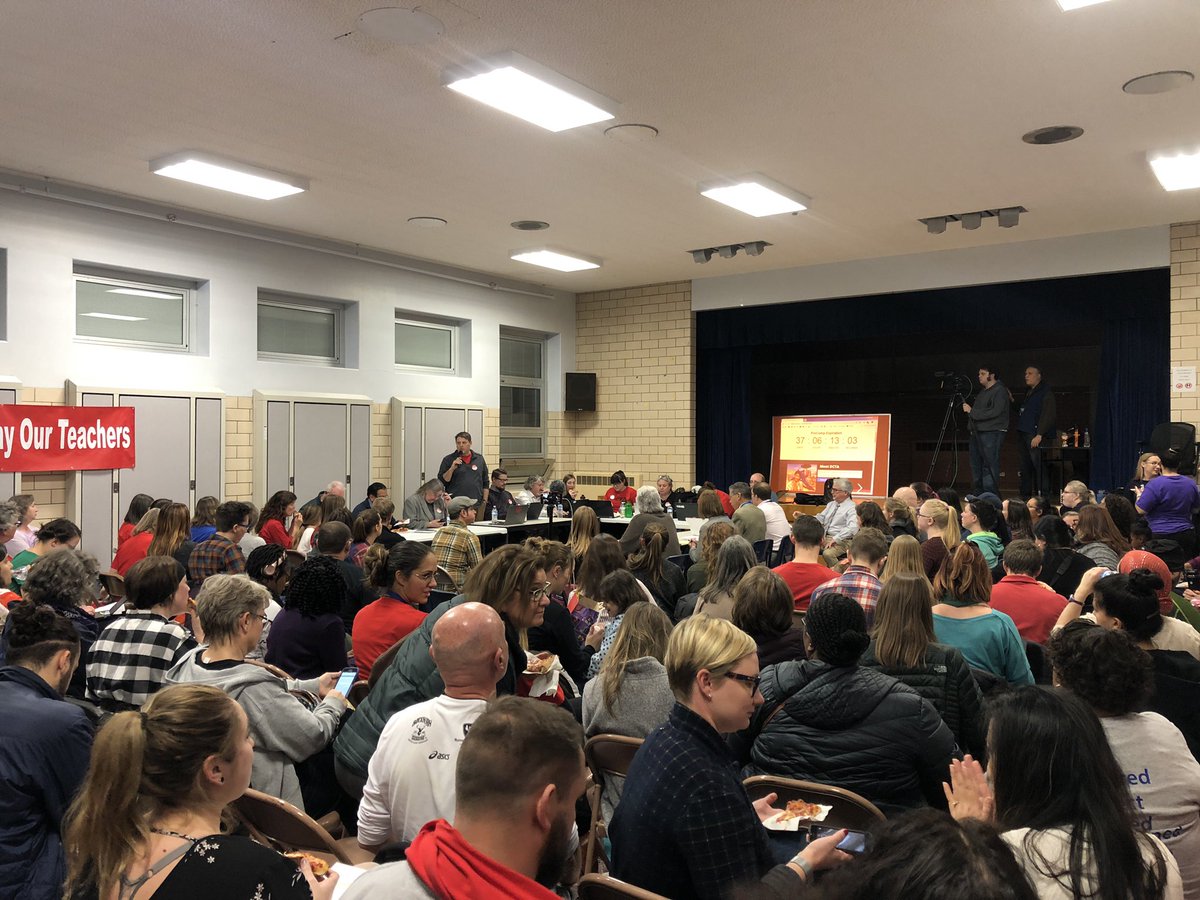 This morning, Superintendent Cordova released a bargaining update for yesterday?s session. Unfortunately, even though she claims to be different than her predecessor, she tried one of his most common tactics: pushing a misleading message. With our expiration date so close, this move is both irresponsible and disrespectful. Let?s break down the facts.


?DPS and DCTA have aligned on a vision for a simple and transparent compensation system?


This is not entirely true. While both sides have proposed a salary schedule, our visions are not at all aligned. We believe that the salary schedule should look like and work the same way nearly every other district in Colorado does: Reward educators with lane movement for furthering education. The District has proposed moving lanes for only advanced degrees or a handful of other convoluted ?options?. We are far apart on this issue.


?After today’s proposal, we have now committed to increase teacher compensation by $62 million over the course of three years. Broken down, that includes: funding that we have received and anticipate receiving from the state ($45 million that we had previously agreed to pay for raises through the 2019-20 school year and $4 million that we anticipate receiving from the buy-down of the negative factor in this year?s governor?s budget), $6 million in funds that have accumulated in the ProComp trust and $7 million in cuts to central administration supports.?

This entire paragraph is extremely misleading. The easiest way to address this is to go through the breakdown. Regarding the $45 million (a number with which we do not agree, but for the sake of this article, we will use), $30 million of it is already in your paycheck in the form of the last 2 COLA increases. That is not new money. The other $15 million is what was agreed upon in the Master Agreement for next year?s COLA increase. This is also not new money. As you all know, COLA increases are exactly that. Cost of Living Increases. That money keeps teachers and SSPs even with the rise in cost of living in Denver. This is not a raise.
Regarding the $6 million in funds that have accumulated in the ProComp Trust, this is also not new money. We have agreed to use this additional money nearly every year since 2008 to fund our current system. This is a regular practice. Further, this money is being proposed to be used to help ?transition? teachers to the new system that would otherwise see a pay cut, because the District?s proposed schedule is not robust enough and some teachers and SSPs already make more in base than their schedule would provide.
Finally, regarding the $7 million in ?cuts:? we have had NEA independently model the District?s proposal and we have found what we believe to be a $7.6 million accounting error for which the District has yet to give us an adequate explanation. In fact, at yesterday?s session, we asked the Superintendent to cease using this number until we could come to agreement on the error and the actual amount being proposed in their proposal. She refused.
In reality, we believe there to be approximately $4 million in additional funds from the District, not $62 million. If the District were truly proposing $62 million, they could easily fund the DCTA proposal. We are extremely disappointed in the lack of integrity displayed by the new Superintendent after her first bargaining session.
?All teachers and SSPs will receive a base pay increase?
This is very misleading. What the District actually proposed is that any teacher or SSP that makes more than the base amount displayed in their correct cell based on experience and education level will receive 25% of that COLA increase as a base increase and the rest as a bonus. So, for example, two years ago, all teachers and SSPs received a COLA increase of $1400. Under the District?s proposal, those who make more than they would if placed on the District?s schedule would make an additional $350 in base and a $1,050 bonus.
HERE IS WHAT WE ACTUALLY ACCOMPLISHED YESTERDAY
Nothing. The District boosted the salary schedule by $500 per cell, but we have made little-to-no progress. The Distinguished Schools incentive is a very small piece to a very large puzzle. January 18 is a day closer, and we are still far apart on ideas. We hope the District changes course in the next 9 days so that we can reach agreement rather than consider a strike.