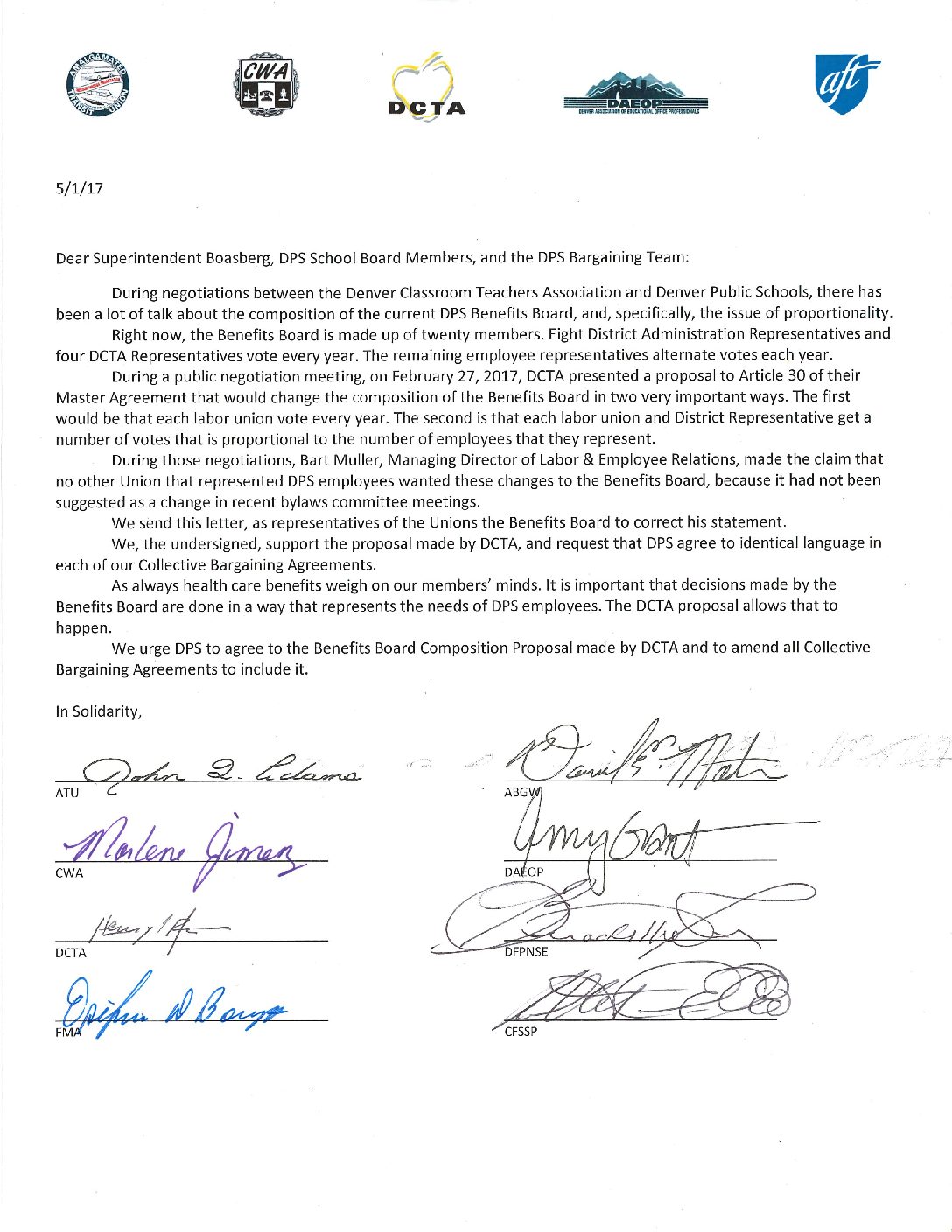 DCTA’s proposal would reduce the District’s Representatives to four, and DCTA’s number of votes would remain at four. All other employee groups would be guaranteed at least one vote each year. You can read the full proposal here.